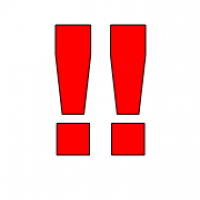 Africa: The US embassy in Burundi on 3 December issued a warning highlighting the persistent threat of regional militant groups and their intent to attack US and other Western interests in Burundi. Burundi is a target of Somalia-based Islamist extremist group al-Shabab because of its participation in the African Union Mission in Somalia (AMISOM).

Police officials in Kenya, viting intelligence on cross-border militant movements, stated that al-Shabab was likely to attempt to carry out attacks in parts of eastern Kenya during the holiday season in December.

Asia: Singapore’s Minister for Home Affairs on 1 December staed that the threat during the holiday season was higher than in previous years, following the arrest in August of an Indonesia-based cell allegedly targeting the city state.

The US embassy in the Philippines on 5 December re-iterated the worldwide travel warning regarding terrorist threats to US persons and interests, following the discovery of a bomb near the US embassy premises in Manila on 28 November.

Europe: The EU police agency Europol’s European Counter Terrorism Centre (ECTC) on 2 December released a report on the threat posed by IS in Europe, citing France, Belgium, Germany, the Netherlands and the UK as persistent targets for attack.

In addition, the US State Department on 21 November warned travellers about a heightened terrorism threat in Europe in general during the holiday season, focusing on public festivals, outdoor markets, and other public spaces.

In the Netherlands, the Dutch National Coordinator for Counterterrorism (NCTV) on 14 November published an assessment regarding the potential return of Dutch residents or nationals who have been fighting in Syria and Iraq with IS.